I’ll close with a great thought by Kelsey Hightower, in that Kubernetes isn’t the final word in a story that doesn’t end:

Docker wrote the developer story. Kubernetes expanded the narrative and added some new chapters, but the story has no ending.

HUGE thanks to my reviewers, Daniel Brice (@fried_brice) and Sunny R. Juneja (@sunnyrjuneja) for reviewing very rough drafts of this series of blog post and providing feedback. 😍 They stepped on a lot of rakes so that you didn’t have to - please give them a follow! 😀

Any mistakes in these posts remain of course solely my own.

This blog post turned into a novel, and yet there are still many topics that I didn’t cover well. Here are some you should check out on your own.

We did a lot of work in the CLI in this post, but GCP’s web console is pretty nice, and there are a lot of features available that are worth exploring there.

In particular I suggest checking out the Stackdriver features Logs, Error Reporting, and Trace. Error Reporting will require the service to be enabled:

We did a whole lot of manual gcloud and gsutil CLI commands to provision cloud resources, which is really unwieldy and error-prone for non-trivial projects.

An alternative is using a tool like Terraform in which you declaratively specify the resources you need and Terraform creates/modifies/deletes to achieve that state. Terraform plans can have output variables which can be fed into other tools like Kubernetes manifest templating.

Manually submitting Docker image builds and then manually deploying them like we did is obviously not sustainable for a real project.

There are unlimited possibilities for automating the builds and deploys; a simple first step might be setting up a Container Builder build trigger to automatically build a Docker image when there’s a new push to the git repo.

Tools that are specific to Kubernetes CI/CD that I think are worth mentioning include Keel and Jenkins X (I haven’t tried either one but have heard good things). 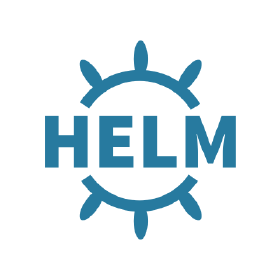 Helm is Kubernetes’s official package manager. We touched on using Helm when we installed chart-manager, but it’s worth exploring further. Helm can also be useful for organizing your own project’s resources. It also comes with templating so if nothing else it can replace the envsubst solution we used earlier.

Speaking of templating, I mentioned in a footnote earlier that there are many solutions worth investigating. You should try to find one that fits your workflow the best.

We didn’t touch on configuring firewalls, but that should be investigated for a production GKE cluster.

Kubernetes itself also has a Network Policy feature that may be worth checking out.

GKE and Kubernetes give you a lot of power for deploying and managing your application, but also a lot of complexity. If you have a really simply application, it’s worth considering simpler PaaS-style alternatives.

In this vein GCP has AppEngine, which supports several programming languages upfront as well as custom workloads using containers (AppEngine Flex). Here’s a nice article that can help one decide whether to use App Engine Flex or GKE.

Here are some miscellaneous links I found useful while learning Kubernetes/GKE that I couldn’t find a relevant place to link to earlier in this post.

Managing Rails tasks such as ‘db:migrate’ and ‘db:seed’ on Kubernetes while performing rolling deployments

In the interest of keeping the tutorial as content-agnostic as possible I moved Rails-specific notes to the end. If you’re a Rails developer and had some questions or concerns hopefully this section addresses them.

Why an nginx reverse proxy?

Some folks will recommend configuring Rails to serve static assets, and simply put a CDN in front to cache assets so that only the first asset request (which actually hits Rails) is slow. However, I like that nginx reduces the need to have a bunch of Rack middleware (e.g. for enforcing SSL access, gzip-compressing requests, aborting slow requests), and supports features Rails/Rack doesn’t have quite yet (like on-the-fly brotli compression), as well as letting you opt-out of using a CDN while still having decent asset load performance.

The cost of course is running another container in each application server Pod. I think it’s worth that marginal extra cost in resources and deployment complexity, but I appreciate others won’t.

The simplest way to open a Rails console is attaching to a running Rails server that’s part of a Deployment using kubectl exec:

A better way to do it would be to create a one-off Pod, copying the Pod template/spec from the Deployment, and running the Rails console on that Pod. Because affecting the resources of a running web server Pod that’s handling traffic is not the best idea.

A couple things to note about the Dockerfile:

I also included a Makefile like I do on most projects, so that I can just type make build to build the image or make push to push it without having to remember what I named the Docker image or what Docker registry I’m using. I usually also include a make test that is sort of a poor man’s CI that builds the image and runs rake test using docker-compose, but this app doesn’t have tests because it’s not the focus of the blog post.

A few lesser-known gems I used in the demo app that I think deserve some props: