I've started writing brief reviews or summaries of books I've read. This is one of them. 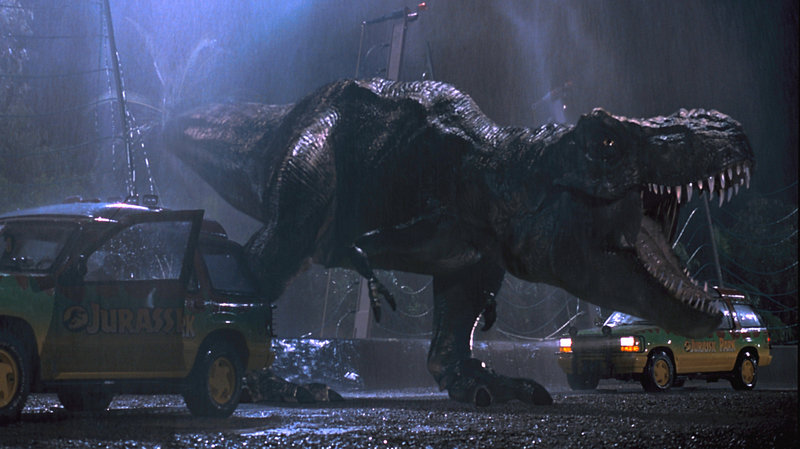 I was six years old when I saw Jurassic Park in my small town’s movie theater in 1993. For kids my age, it was a magical experience - the animatronic special effects made the dinosaurs seem real!1

If Google Trends were around back then you’d have seen a huge spike for all things dinosaur-related solely due to this film. There was a flood of dinosaur toys, big illustrated dinosaur books, and so on. Apparently there was even a spike in paleontologists due to the film inspiring kids. It was a phenomenon. 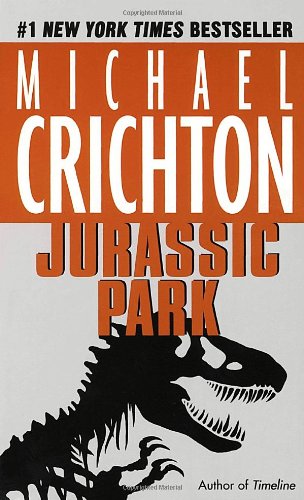 The film was of course based on the book of the same name written by Michael Crichton. Like a lot of adaptations, I had heard that the book was even better, but never got around to reading it, even though I’ve read several other Crichton books.

Now, after finally sitting down to read the book, decades later, it’s curious how very different of a feel it has compared to the movie.

While the movie is basically “holy crap, real dinosaurs!” peppered with moments of danger, the book is pure survival horror, and makes no bones about the antagonists being dinosaur-inspired genetic freaks rather than real dinosaurs.

In the film, the carnivorous dinosaurs are mostly dumb animals that only threaten the humans when they happen to cross paths, in flashes. Whilst in the book, the T-Rex is very intelligent, and goes out of its way to stalk some of the characters for most of the book. The velociraptors display intelligence at least at a human level, and like the T-Rex engage in long, protracted attacks on the human characters. The humans aren’t just tasty targets of opportunity for a hungry stomach but rather seem to stimulate the dinosaurs’ malevolent forebrains somehow.

Basically, the book is darker and grittier than the movie in most regards.

The human characters are different as well.

John Hammond, the park developer isn’t a kindly-but-seriously-naive old grandfather who loves his grandkids, but a scheming sociopath who uses the children as Machiavellian pawns.

The book Dr. Grant is more of a nerdy slob than the fit, handsome movie Dr. Grant, and he has no heroic moment with the first T-Rex encounter. 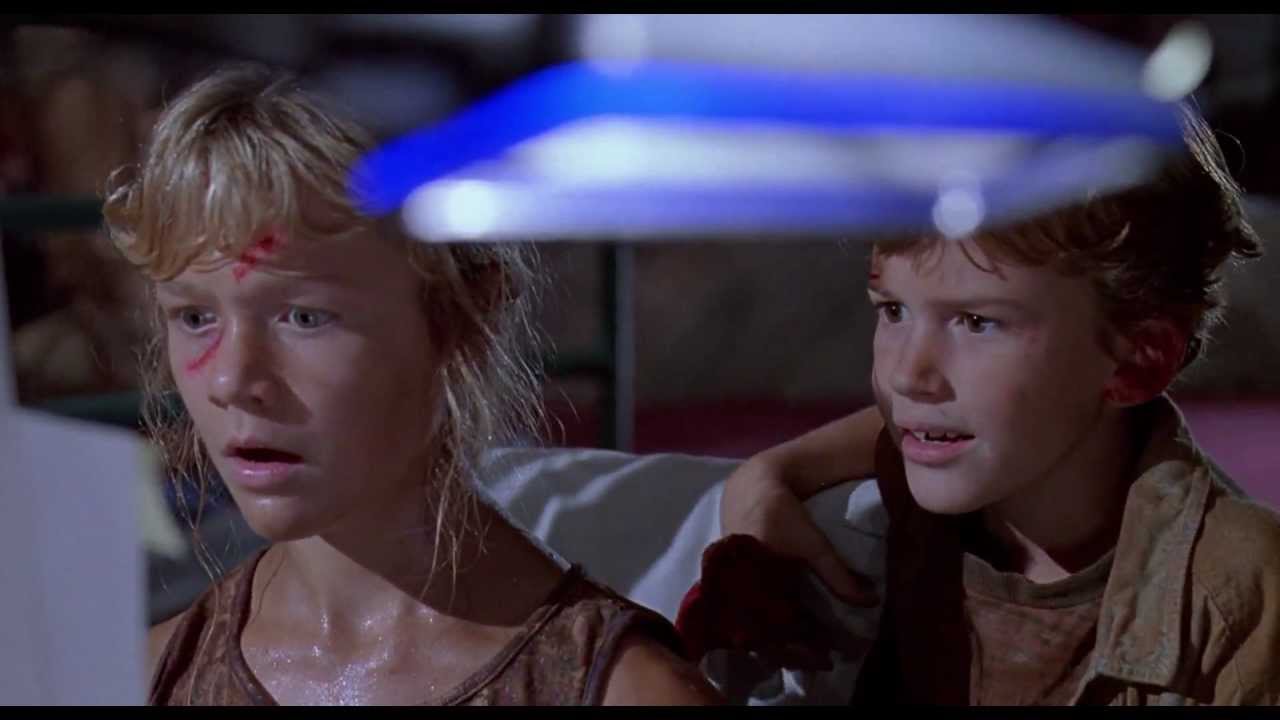 I remember as a little kid finding the children in the movie annoying as hell (as a parent my attitude has since evolved). It was pretty funny to me that Crichton somehow made the book version even more annoying.

Unlike the film’s suave-but-eccentric Jeff Goldblum portrayal of Ian Malcolm, book Malcolm is a Reddit-tier neckbearded Cassandra who goes on long monologues about how everyone else is so stupid, the answers are obvious and already foretold by his calculations, yadda yadda. It comes across as an insufferable and overly-gratuitous self-insert of the author (Crichton).

An early-90s reader probably would have found Malcolm’s “I wear the same outfit every day - all black - so I don’t have to waste valuable thinking time” shtick a legit indicator of a nerdy smart guy, but the nerd archetype has gone through so many evolutions, and particularly been so battered by the Reddit new atheists of the late aughts that today it comes across as slovenly fedora-tipping cringe (now, we expect our nerds to be smart and able to dress well).

Some characters get much better treatment in the book, however.

The company lawyer isn’t the movie’s cowardly and forgettable pencil-necked “evil lawyer” cardboard cutout, but an athletic guy who seriously tangles with the ethics of the park (rather than the monetary bottom line) and puts his life on the line when it counts. 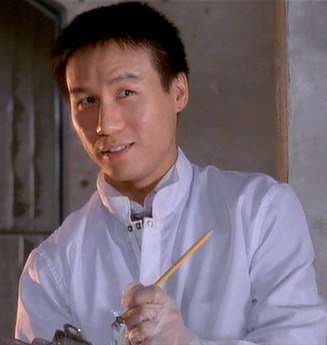 Dr. Wu is basically an extra in the movie, with like 30 seconds of screentime, but in the book he’s a central figure - the scientist who made it all happen - and explains all the technical aspects of the park’s design. His cartoonish levels of hubris (along with John Hammond’s) then show how it all went wrong. It’s a pity too because BD Wong had the acting chops to do the character justice.2 Thankfully in the later film Jurassic World they corrected their mistake and gave him the spotlight he deserved.

Suffice to say the cast provides quite a different direction to the evolving plot of the book than the movie.

Beyond cast, the first half of the book is brilliantly paced. It starts out with mysterious attacks on people (including babies - remember this is dark mode), and takes its time setting up exposition. I love the 80s feel for some of the setting and technology, too - there’s even an inclusion of a mysterious Japanese conglomerate bankrolling the park. The first half is a real page-turner.

Past the middle hump of the book, it starts to feel a bit janky in spots, and towards the end, some of the plot tie-offs just seemed lazy and cartoonish. I’m especially glad the movie went a different direction with the ending.

Speaking of different directions in the movie, while reading I wondered what Crichton thought of the film’s screenplay differing from the novel. Well, it turns out that he helped write the screenplay, so that answered my question pretty quick. Further, I found a quote somewhere from him saying that films and books are different media, and so he has no qualms about film versions taking creative liberties and not strictly following the novel they’re based on. So that answered my questions.

After finishing the book, I was left with a few lingering thoughts.

One thing I had forgotten, which the book reminds you multiple times are that dinosaurs are not reptiles, as they are warm-blooded. I say “are” and not “were” because modern birds are not just related to dinosaurs, they are dinosaurs (!).

Secondly, as Heraclitus famously said, “no man ever steps in the same river twice,” the book is a reminder that we can’t go back. The book’s dinosaurs are not real dinosaurs, but rather imitations made with modified genetics.

Even if they were perfect genetic copies, the environment of Isla Nubar is not the same as what the dinosaurs had lived under millions of years prior. For example, despite the best efforts of the scientists to clone ancient plants, they still made mistakes that got some of the dinosaurs sick. And even if they had succeeded, the air is different (the book specifically mentions different levels of oxygen in the atmosphere compared to the Cretaceous), the weather is different, and there will always be modern vegetation and other organisms existing on the island - just like some dinosaurs escaped from Isla Nubar, other organisms will always find their way to the island. Bio-entropy is always increasing.

And, I don’t recall the book alluding to this, but even if somehow all that could be replicated and Isla Nubar enclosed in a giant sealed homeostatic bubble, the fact that the dinosaurs were hatched ex nihilo from any existing dinosaurs means that they were not able to learn behaviors taught from their living relatives. In other words when it comes to nature versus nurture, the nurture line was completely severed. Since there are certain behaviors that would be carried in a sort of cultural manner - not all behavior comes from genetics as if organisms are preprogrammed machines - then it’s impossible for cloned dinosaurs to duplicate the behavior of their ancestors.

No, it really is truly impossible to “bring dinosaurs back,” just as it’s impossible for humans to “retvrn” to certain ancient ways - it’s purely imitation.

Science-wise, Crichton really delivers on the molecular and evolutionary biology aspects of the book. It’s probably not hard sci-fi levels of science - I’m certainly not qualified to determine that - but plausible enough to not break the fourth wall of believability. Particularly for a late 80s / early 90s audience.

Actually I had never studied biology much in school but talks from people like Bret Weinstein really make you realize how much we - humans - are controlled by evolutionary processes. It can explain a lot more than you’d expect.

I don’t know how the book’s spotlight on “chaos theory” holds up, but I think the related field of complexity theory certainly has some relevance. Especially when you start thinking about risk and the ways that humans are especially bad at dealing with it. There are some interesting Twitter personalities that talk about these things.

Lastly, for a period after the movie came out, T-Rex was really getting ran roughshod by scientists saying things like they were feathered, like “some kind of big chicken” and that they didn’t roar but quacked like ducks. Thankfully for our imaginations, some of that turned out to be wrong.

There have also been some amazing finds with dinosaur fossils too, like this nodosaur that looks amazingly real: 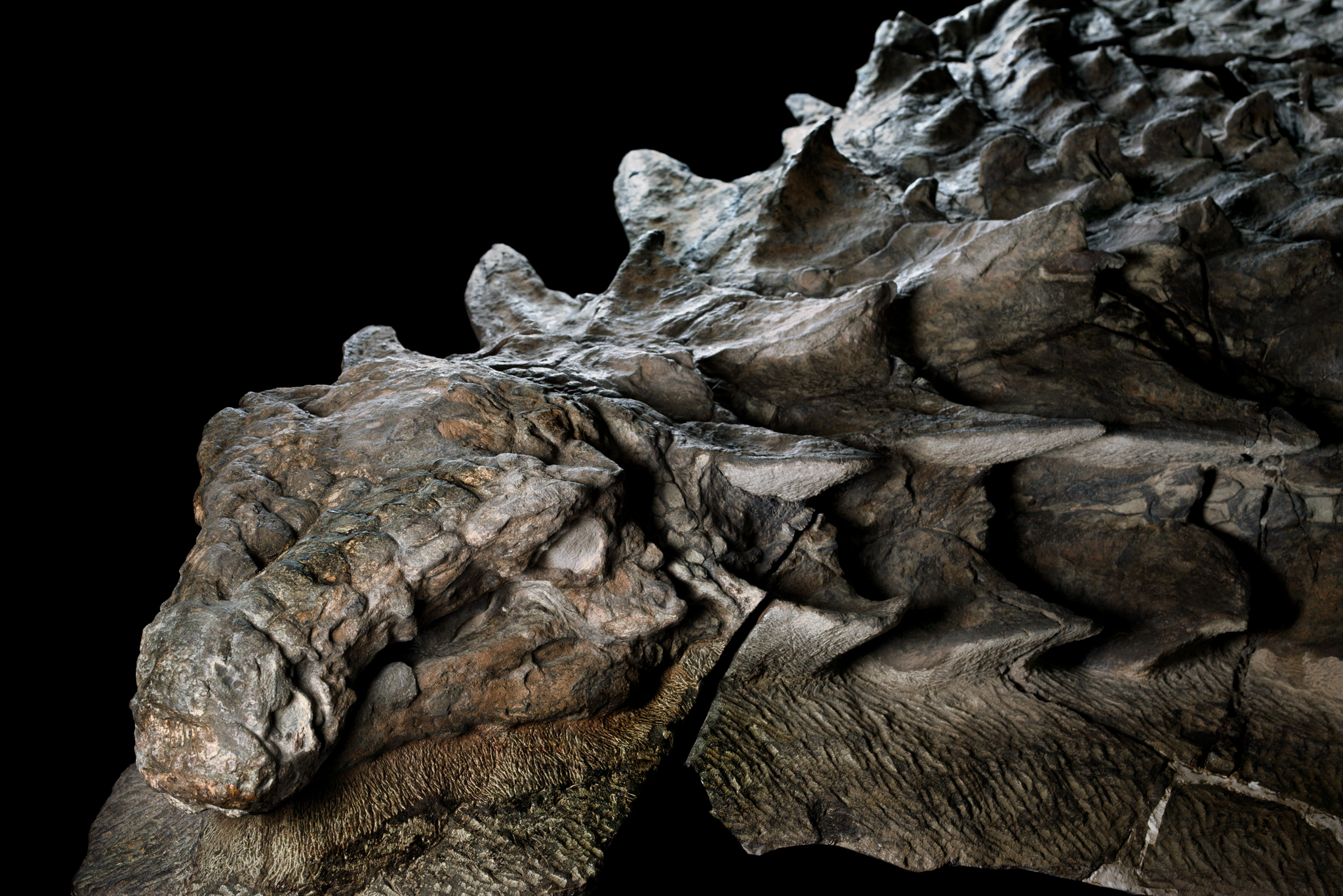 And this excavation site in Hell Creek that seems to have fossils preserved at the moment of the KT event.