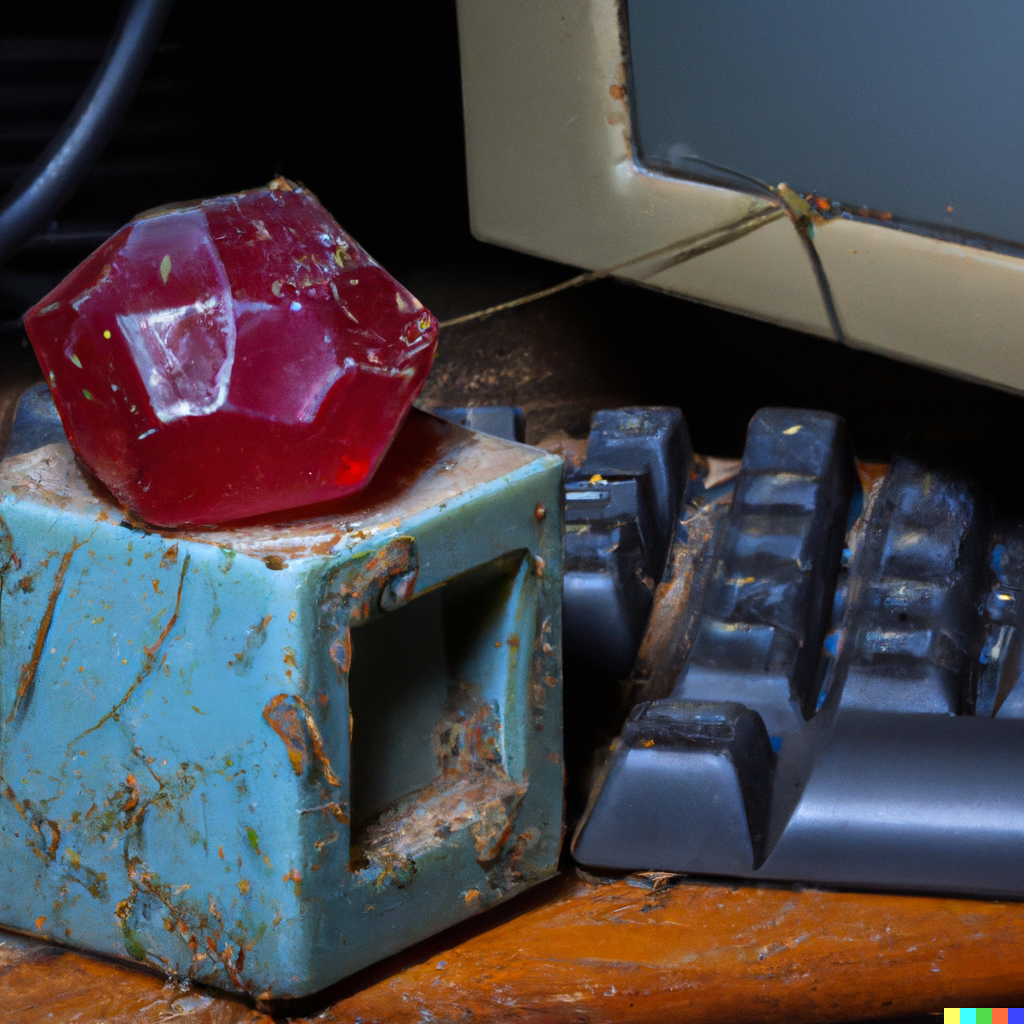 Recently I built a new computer, and with that comes a fresh installation of Ubuntu LTS, which is currently at version 22.04.

I now need to replicate my development environment. For Ruby, that means installing chruby for automatically switching Ruby versions between projects, and ruby-install for installing different Ruby versions. These are the tools that I’ve been using for several years as my default for those tasks.

Looking at my old machine, I had quite a few old versions of Ruby installed. I will need to install at least some of these versions on my new machine to maintain existing Ruby projects I’m working on:

The first version I’m going to try installing is the oldest Ruby 2.x I had been using:

This results in the following error:

After some digging, it turns out this is due to having a version of GNU Bison that’s too new for our poor old Ruby. I have Bison version 3 while my Ruby build expects version 2:

I can work around this by downloading and building an old version of Bison. I’m going to install it to /tmp because I only need it temporarily for building these versions of Ruby:

Apparently the error has to do with a glibc issue, which can be fixed with the following patch:

Now I should be able to finish building bison successfully:

And now I can use my new (well, old) version of bison like so:

Now to retry my Ruby build with this version of bison:

Eventually, this outputs another error:

Looks like there’s an issue with OpenSSL. One can read the full compile error in ~/src/ruby-2.7.6/ext/openssl/mkmf.log, but the gist is that I’m using OpenSSL 3 while my old Ruby expects an older version:

I can work around this error by compiling an old version of OpenSSL:

Finally, I can tell ruby-install to use the old version of OpenSSL like so, and the build finally succeeds:

So that was a headache. When it comes to my Ruby tools, what I want out of my “Ruby installer” tool is one that simply handles installing whatever Ruby version I ask it to with as little handholding from me as possible.

In the past, ruby-install had functioned seamlessly in the way that I wanted, but now with the passage of time I’ve discovered that ruby-install is really only meant for installing the most current versions of Ruby, and in fact says so right on the tin under the “Anti-Features” section of its README:

I respect that the project sets these boundaries, and it’s purely my own ignorance that I wasn’t aware of that. But as I expect to always have some Ruby projects on older Ruby versions, it means that I need a different tool that better suits my needs.

One tool that came up during the debugging of my build issues is ruby-build. It’s a tool similar to ruby-install, except it doesn’t blush at patching over build issues like I had encountered.

If I delete the Ruby 2.7.6 I installed with ruby-install, and instead try installing it with ruby-build, it “just works:”

Explictly installing it to ~/.rubies means I can continue using chruby for Ruby version switching between projects.

But while I’m re-evaluating tools, why not reconsider chruby?

One competing tool I’ve become aware of is asdf, which is a language-agnostic version switcher. On my old development machine, I had chruby for Ruby switching, n for Node switching, and pyenv for Python switching (Python in particular is a mess with this stuff in my opinion). All of these tools can be replaced by asdf, using its plugin system.

asdf’s Ruby plugin also supports building and installing Ruby versions with asdf install ruby 2.7.6, which defers to ruby-build under the hood. As expected from the ease of ruby-build, this also “just works.”

So, I’m currently giving asdf a trial and it’s going fine so far. I did have to enable a flag for it to recognize .ruby-version files.

I also dipped my toe into Nix by reading through the intro documentation and doing some simple examples, but I’m not ready to start porting my projects over to it just yet.

Nix is appealing to me because:

However, it seems that Nix will require a moderate time investment to learn properly before I can make full use of it, which at this moment I don’t have.

On my development machine, I have several Postgres clusters running various versions including 9.6, 10, 12, and 13:

Each of those clusters has many databases running on it. My naive understanding of Nix is that if I Nix-ified every one of those projects, they’d each get their own entirely different instance of Postgres running - so I would have potentially several dozen Postgres’s running. That seems kinda wasteful to me.

Then again, I suppose I could just not Nix-ify the Postgres dependency. Or perhaps just put the postgres-client version dependency in the Nix config.

And I’m not quite sure how it will work with different Rails environments (development, test, production) of the same project - each of which share most dependencies, but have different databases and sometimes different runtime dependencies, and in the case of production a special build pipeline.

I definitely plan to invest more time into Nix to ascertain this stuff because it has a lot of promise!