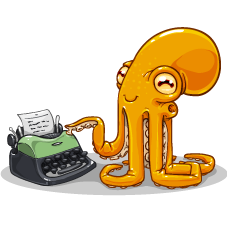 Welcome to my new blog design! I’ve migrated my blog posts from Wordpress over to Octopress, which is a custom version of Jekyll with a sensible default style and some additional plugins. It was extremely fast to get up and running - after cloning the git repo you already have a working site!

Octopress/Jekyll are static site generators, meaning that there is no server-side rendering that takes place when you are viewing these pages - it’s all HTML/CSS/JavaScript! The great thing about this is that pages load very fast, especially under heavy load.

I initially tried blogging with nanoc, which worked well coding-wise, but since it doesn’t come with any default styles I was totally stuck as I simply have no taste for design and am very bad at doing CSS from a blank slate. From a functional perspective, I would much rather be using nanoc as the compile/route pipeline you are given is very powerful for designing the app. Jekyll can’t really compare to it; if you have to do anything advanced you have to hack away at core files that could be blown away in an update or write a plugin for it (there aren’t very many existing plugins). In nanoc most of these things can be accomplished using the rendering pipeline and plain old Ruby gems.

If I had a ton of time I would take the default Octopress style and port it to nanoc! In any case, I am not a prolific blogger so the content matters much more than what’s powering the blog.

I haven’t kept all of the postings; I’ve deleted a couple that were kind of boring. I’ve also cleaned up some of the wording/grammar on some of the existing posts as I passed by (nothing to change the content meaning, though).

Another thing is that I changed the blog address to use a subdomain instead of a subdirectory off of abevoelker.com. This is so that in the future my blog could be hosted separately from my root domain, for example on GitHub Pages or Heroku. This mostly comes out of the fact that I really want to get off of Dreamhost (despite being a customer since 2006) due to a burst of constant VPS outages several months ago. I’ll probably either end up on Linode VPS or Amazon EC2, depending on which I work out as being the cheapest for what I need.